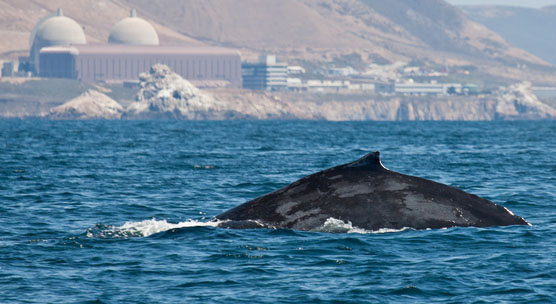 As we write this column, Saturn is trining Neptune, each at zero degrees of their respective signs. Saturn just entered zero degrees of Scorpio, while Neptune has retrograded back to zero Pisces.

Zero degrees of any of the signs of the zodiac is a particularly formidable placement, where the energy is just being born, young, new and exuberant. Entities (whether people or events) born of these placements are filled with the enthusiasm and vigor of an artesian well, spurting out of the ground of their own accord and freely flowing. 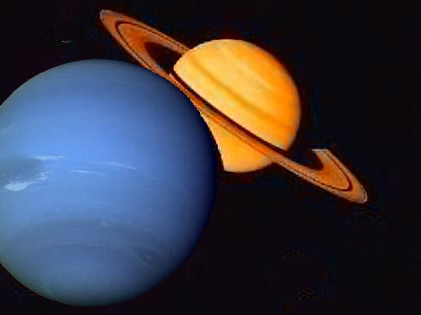 As Saturn trines Neptune we have a trine in zero degrees of the water signs, and our belief systems and collective resources may be in the process of being revamped. By juxpostion, the birth of a new energy brings with it the casting off of an old layer, an old way of being. For many people, it will seem that what is familiar, trusted and true is going away. Metaphorically speaking, Saturn is the structure of our lives, our careers, and/or the very skin and bones of the body. Seeing these go through changes at this deep a level can breed uncertainty. As the planet of time and experience, any new birth is just setting out and may be a little wobbly in its walk, uncertain in its faltering steps. Even in smooth alignments (sextiles, quintiles and trines), Saturn needs time to gather its strength, draw from its experience and build on a solid foundation. As we look out on this fresh new landscape, not much may yet be visible.

Neptune at zero degrees of Pisces is in the position of its own rulership, at least as far as most western, tropical astrologers see it. Among other things Neptune in Pisces rules the great bodies of water, the oceans and the seas. In the psyche, it represents the subconscious and all the many valuable resources that are to be found there. The subconscious contains everything that you’re not thinking of at this precise moment, and that’s a lot. With Saturn trining Neptune, we are building a new vision, a new way of seeing life that impacts our most fundamental belief systems. Where we used to draw our psychological strength from is fading, but we are being given an opportunity to craft something new, to plant some new seeds, and patiently wait for them to mature. This can be either a spiritual foundation, or the renovation of old skills and talents that have laid dormant within us for extended periods of time. While driving up and down the south California coast between presentations, I passed by the Diablo (Devil) and San Onofre nuclear power plants, just as I received the following email. This is just one of many ways in which the Saturn (organizations designed to take on the corporate giants) trining (a new way of creatively harnessing the celestial energies) Neptune (the ocean and all the mystical, magical creatures of the sea kingdom) came through.

“The goal of the seismic imaging project is to attempt to measure the three major earthquake fault lines which run along our coast. The existence of these fault lines, especially after the continuing disaster at Fukushima, Japan, call into question the advisability of maintaining the Diablo Canyon nuclear power facility, operating near Avila. The proposed testing will do nothing to prevent an earthquake on any of these fault lines. The tests will instead produce a large amount of data about dangers that we cannot avoid when these earthquakes occur.

Here is how the environmental impact report for the project describes it:

“The offshore component of the Project would consist of operating a geophysical survey 29 vessel, its associated survey equipment, and support/monitoring vessels . … The survey would be conducted along the central coast from approximately Cambria to Guadalupe (including marine protected areas around Cambria and elsewhere). … 18 active air guns … would discharge once every 15 to 20 seconds.”

In other words, huge underwater cannons would blast ear-shattering sounds under the water in an area from Guadalupe to Marin County. (These same measures are used to search for offshore oil reserves — coincidence?) The environmental impact report indicates these tests would kill or injure marine mammals, including seals, dolphins, whales and otters. They could make them go deaf which would mean a lingering death. Already depleted fishing resources would be impacted. 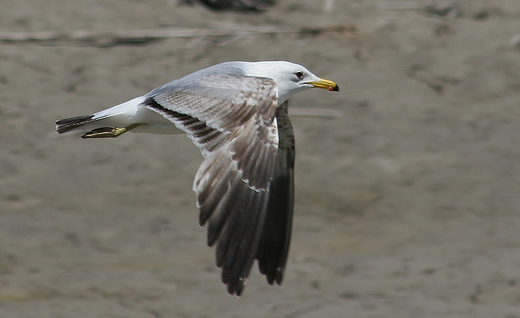 Seabirds would be affected as well, with little or no way of mitigating the impacts. Migratory birds would be affected as the tests would go on 24 hours a day and lights at night would be required. Air quality would be impacted and the project would contribute to climate change. The ocean is our most precious resource. If the life of the ocean does not matter then neither do our lives. Some few persons stand to make lots of money from this outrageous project. PG&E will pass on the costs to us, the consumers. We and all life in the ocean and the land around us stand to lose. And for what? The project will not prevent the next earthquake. And if it happens and Diablo crashes, so do we. Think of the economic impact of such a disaster. A recent issue of The Economist has on its front cover a statement that says the dream of nuclear power has become a nightmare. It is time to put our resources into safe energy and abandon nuclear power. Please sign this petition.”