With Odysseus as our role model in this chapter, we see this new persona making it’s appearance right at the beginning as our hero declares that his fame has ‘reached the skies‘ (line 23). In fact, anything that derives from the skies such as rain, storms, hail, lightning and even the planets (Jupiter’s children) fall into this category.

As the ruler of Sagittarius, Jupiter is the largest planet in our solar system.  Each of these two archetypes lean on themes of expansion, excess, and the grandiose. Joy, optimism and abundance fall within their realm, as do the skies.

But excess (more and more) can be a problem.We are provided with an example in the actions of his crew. They have just raided the principle city of the Cicones and killed their men and taken their booty. The battle is over. Odysseus suggests they leave right away.

. . . but would they listen? Not those mutinous fools:
there was too much wine to swill, too many sheep to slaughter
down along the beach, and shambling longhorn cattle.

Having an abundance of things to eat can be a blessing, as outlined by Jupiter’s exaltation in Cancer.

“The crown of life, I’d say. There’s nothing better
than when deep joy holds sway throughout the realm
and banqueters up and down the palace sit in ranks,
enthralled to hear the bard, and before them all, the tables
heaped with bread and meats, and drawing wine from a mixing-bowl
the steward makes his rounds and keeps the winecups flowing.
This, to my mind, is the best that life can offer.”

But sometimes abundance can be too much.

Their victory over the Cicones has left them with an abundance of many things. What happens when you throw in [Jupiter = expansion] with [Cicones]? You get [more] [Cicones].

“And all the while the Cicones sought out other Cicones,
Calling for help from their neighbors living inland:
a larger force and stronger soldiers too . . .

Out of the morning mist they came against us-
packed as the leaves and spears that flower forth in spring . . .

Long as morning rose and the blessed day grew stronger
we stood and fought them off, massed as they were . . .”

There’s a whole bunch of them, all packed together, larger and stronger.

The term massed is used again a few lines later, but in response to one of the qualities of Zeus (Jupiter).

“Now Zeus who masses the stormclouds hit the fleet
with the North Wind- a howling, demonic gale, shrouding over
in thunderheads the earth and sea at once-“

This is His chapter, here is His reflection.

In another similar example this over-sized theme again inspires and authors our compositions.

“. . . we spied a cavern just at the shore, gaping above the surf,
towering, overgrown with laurel. And here big flocks,
sheep and goats were stalled to spend the nights
and around its mouth a yard was walled up
with quarried boulders sunk deep in the earth
and enormous pines and oak trees . . .

. . . Here was a giants lair, by god, a monster
built like no mortal whoever supped on bread
no, like a shaggy peak. I’d say- a man-mountain
rearing head and shoulders over the world.”

This is one big boy. But everything here is aggrandized. There’s overgrown laurels, big flocks, enormous pines and oaks. The Cyclops is a huge man, larger than others. The energy in this chapter is over sized, just like the skies. 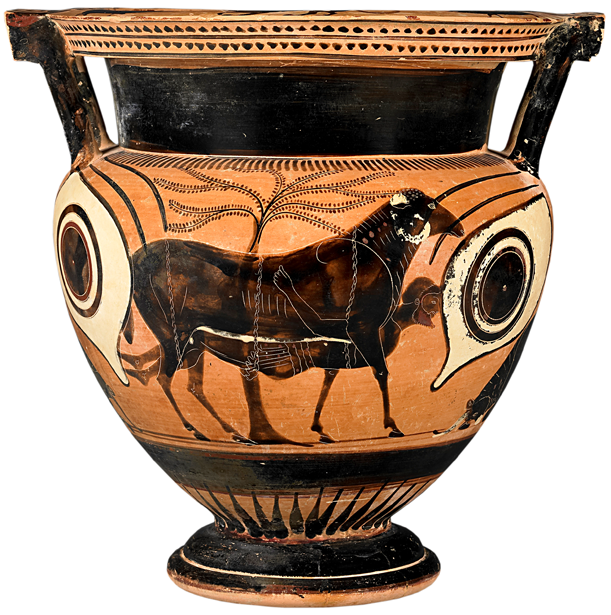 But there’s another attribute to Sagittarius that appears here. Number 9 is considered to be the most philosophical of all the signs of the zodiac. In contemporary society this manifests as the gurus, rabbis, ministers and cardinals. In the ancient world, these were the prophets and priests, together with their predictions. Here’s how Homer wove this thread into our Chapter Nine storyline. Odysseus has just announced to the Cyclops his true name and lineage (in lieu of ‘Nobody’).

“So I (Odysseus) vaunted and he (the Cyclops) groaned back in answer,
‘Oh, no, no- that prophecy years ago . . .
it all comes home to me with a vengeance now!
We once had a prophet here, a great tall man.
Telemus, Eurymus’ son, a master at reading signs,
who grew old in his trade among his fellow Cyclops.
All this, he warned me, would come to pass someday-
that I’d be blinded here at the hands of one Odysseus.
But I always looked for a handsome giant man to cross my path,
some fighter clad in power like armor-plate, but now,
look what a dwarf, a spineless good for nothing,
stuns me with wine then gouges out my eye!”

And in one final note this is the sign of getting high. Zeus (Jupiter) is both the father and mother of Dionysus, the God of Wine. Zeus sired him, and then saved him when his mother came to an untimely end by sowing him into his thigh (also ruled by Sag) for a second birth. Grapes are first harvested (first birth) and then fermented (second birth).

The wine of Zeus is goood!

“Whenever they’d drink the deep red-mellow vintage,
twenty cups of water he’s stir in one of wine
and what an aroma wafted from the bowl-
what magic, what a godsend-
No joy in holding back when that was poured!
Filling a great goatskin now, I took this wine,
Provisions too in a leather sack. A sudden foreboding
told my fighting spirit I’d soon come up against
some giant clad in power like armor plate-
a savage deaf to justice, blind to law.”

And finally, this is the land of the lotus eaters.

“Then on the tenth
our squadron reached the land of the Lotus-eaters
people who eat the lotus, mellow fruit and flower . . .

. . . Any crewman who ate the lotus, the honey-sweet fruit,
lost all desire to send a massage back, much less return,
their only wish to linger there with the Lotus-eaters,
grazing on lotus, all memory of the journey home
dissolved forever.”

Wine and lotus, High as the Sky, Jupiter and Sagittarius.