Greetings from the Cape, our location of the week this week.

As we watched the spires of Notra Dame ascend to heaven over various media sources during Holy Week, we were told over and over again that this was not of the terrorists’ world wide war design, but an independent act devoid of overall collective intent.

However, that is not this astrologer’s opinion. 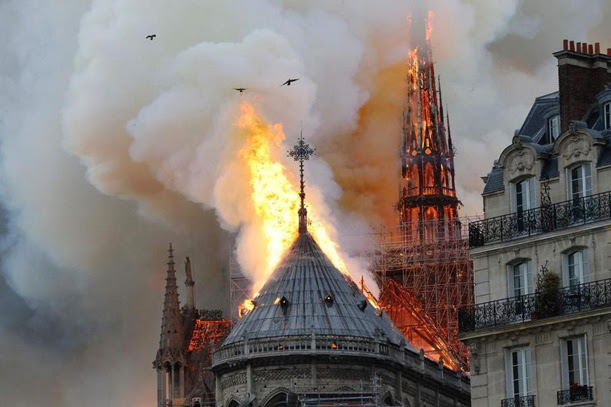 The organ was saved.

The attack was part of an orchestrated, collective event, one branch of a larger design. Pisces lay in the cross hairs, Christianity on the cross, the charred archetype emblazoned across the media. Churches have indeed become the #1 target for hate attacks, with an average of 105 every month.

Pisces/Christianity is indeed the ideological target.

As the Vernal Equinox has ‘backed’ it’s way through the constellations as the social mortar of the last two thousand years, we now watch as Pisces begins to crumble. Examination has shown that astronomical archetypes are strong in the beginning, weak at the end, and culturally peak somewhere in between, generally about two/thirds of the way through their anointed time. For decades we’ve been sounding the trumpet about the end of Pisces and beginning of Aquarius. The Vernal Equinox moves in a reverse direction when compared to the Sun, our traditional gauge of time. For instance the months of the year (January, February, March, etc.) are markers of solar time. 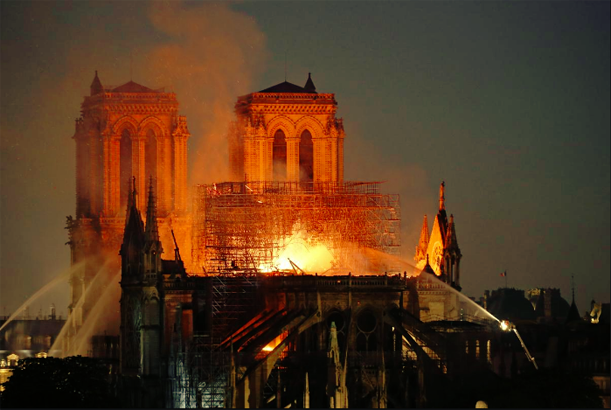 “By a very wide margin, churches are the number one target for hate attacks, and it is only going to get worse.”

What is stirring this kind of agitation? On May Day this year Neptune and Uranus semi-squared each other. These are two of the outermost three planets in our solar system. They impact a broad cross section of society in a variety of ways. Since they move so slowly, they have a longer lead time and their effects also last proportionally once the alignment is done as they begin to inch away from each other. We’ve been dealing with this extended period of extended agitation for a while now.

They’re still close enough to be stirring the pot. For the most part, we are uncomfortable with the changes.

What does it all mean?

Neptune represents the subconscious, that which is below the level of consciousness. It’s all the things we don’t know, can’t see, or are ignorant of. With the erratic energy of Uranus sending a jolt of juice into Pisces, we are suddenly seeing, in the soft glow of electrical light, what has been hidden from us for a long, long time. It’s like flipping a switch in the basement. Suddenly you’re conscious of what’s down there.

Under the banner of Christian soldiers we have managed to tick off more than a few cultures. The end of the Age is payback.

Myth suggests we have one more significant hurdle that needs to be jumped (see The 8th Seal), and then we will finally learn to be nice to each other, and to the planet.