I’m off to visit with my son in up-state NY near Syracuse. He and his lady friend Jes are hoping to start a garden by working with the elements after the fashion of what Gail and I did back in ’87/’88 with what eventually evolved into the Blazing Star Herbal School. We did classes on Planting by the Moon and Weeds and Stars Herbal Canoeing Adventure on the Connecticut River among others. Gail did a class on Your Grandmother’s Herbal Medicine Chest. The nature spirits were both honored and invited into the moist earth. The grounds were aligned to the North Star and our herbs celestially selected and carefully positioned in their beds.

On a return trip to Western New England it dawned on Andy that there was a whole segment of his life he had not shared with Jesse. It had been nineteen years since Gail had passed, and that was the last time time he had been there. It would be good to go and check it out.

It started out as a normal trip, an uneventful drive, until we reached the bend in the road where Katie, Andy’s sister, had been thrown into the steering wheel years ago as a child leaving a slight bruise on her shoulder. As we rounded this curve it was as though a veil had been lifted for Andy, with memories unlocked. He realized that he had had this dream many times before and remembered how beautiful a day it was, of how blue the sky was, and of driving over this strip of the road. Even so, it wasn’t until he rounded that bend that he even remembered having these dreams. And although physically still behind the steering wheel it no longer felt like he was driving. It was more like he was flying.

As he turned around another bend the road curved slightly and passed among farmlands and fields. A large bird (Andy guesses a turkey vulture) swooped down from his perch in one of the taller trees and flew right alongside the car, perhaps three feet from his door. I queried both he and Jes and they both agree the wing was almost touching the car door. It was very close.

At the moment he turned onto Pfersick Road he got hit with yet another wave of emotion remembering that everything still looked the same- road turned to dirt- right up to old farmhouse. It was like coming back to my old home, but now no longer available. Drove past house and debated whether or not to stop.

“Hello, are you looking for somebody?

“Who’d you live here with?”

Lisa, the new owner, looked like a therapist Andy greatly admired, opening unseen emotional doorways and putting him at ease. She even carried herself in a similar manner. She started talking, but Andy interrupted her and said, 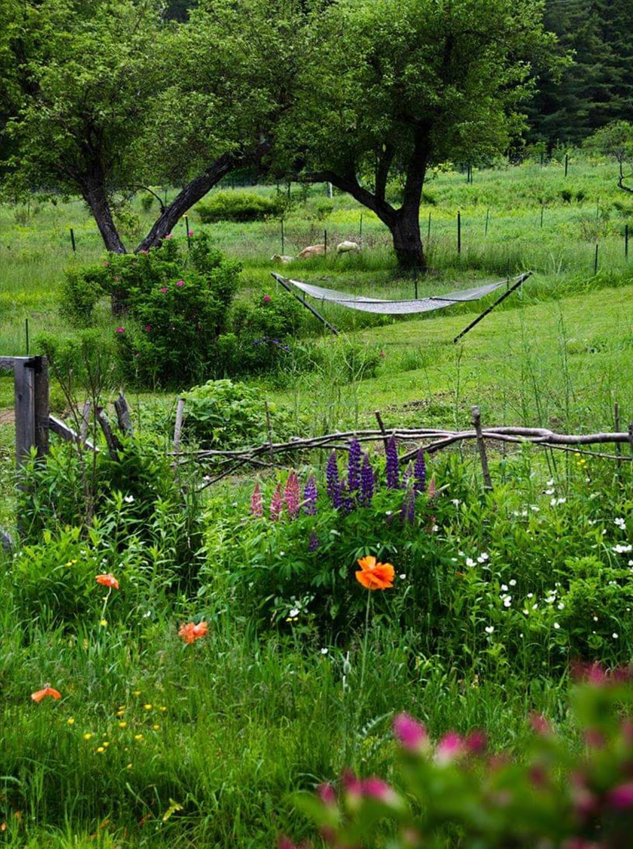 “I’m sorry, but I’m really rattled and I can’t wrap my head around your question. This is my first time back up here and it really impacted me. I haven’t been back in 19 years.”

Later, laying in grass, looking at the sky, the tears began to flow. It felt like the land was a magical home and that Lisa was doing a really good job of tending it.

Returning to the house Lisa offered them a slice of freshly baked bread.

As they prepared to leave Andy got the distinct impression of three channels of energy; on the left, right and center, pounding down on his chest and heart; one for Perry, one for Lisa, and one for Gail.

On the drive back along the same stretch of roadway, the turkey vulture that had previously greeted them flew down and this time flew along Jes’s side of the car, again about the same distance from the door. In both cases, coming in and going out, the bird kept pace and social distance with the car.

A few days ago I bought a shovel.

I’m goin’ back to say some prayers and help turn the Earth.