YOU SAY YOU WANT A REVOLUTION?

“With the Age of Aquarius, this new epoch will be born of revolution. We are seeing it in the news all around us; in politics, weather patterns and international protests. Look around you. Hong Kong and China, Columbia and Venezuela, [France] the storming of the US embassy in Baghdad. We have gone toe-to-toe with Iran [who have had their own internal revolutionary protests], have been asked to remove our troops from Iraq [who have had their own internal revolutionary protests], and found ourselves distanced from our European allies. Britain has its Brexit as the US limps along with an impeached president [and a senatorial trail]. The oceans are being choked off by plastics, Puerto Rico is being hit by earthquakes, fracking has run rampant, Australia is in flames.”

The italicized text was from our last Moon Mail. Since that time the entire Russian administration has agreed to step down, leaving Putin in charge of the future. Welcome to yet another layer of the dawning of the New Age. 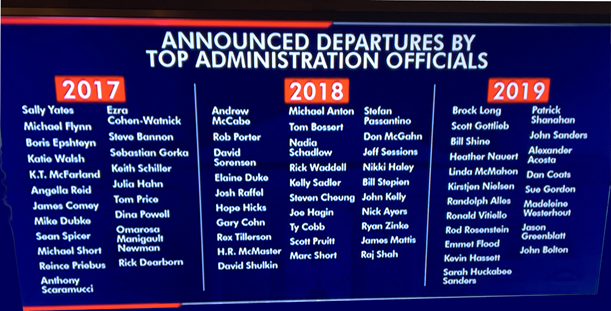 Not Democrats or Republicans, but Top Administration Officials

This country was born with a Moon in Aquarius. We were born of a revolution. We tend to praise our own revolution and rebellion, to a point. But understand that revolutions are not pretty. They are disruptive. Youths are pressed into military service and become casualties. Economic conditions collapse. We liked breaking away from the king and his taxation. We did not like the French revolution with all its horrors. When the South attempted its own revolution in this country one hundred and eighty-four years after the Declaration of Independence it was not-so-well received. The Confederacy was also erected on Aquarian pillars. We did not like the direction of the Russian revolution and sent troops. Unfortunately it was to the losing side, something the Russians have never forgotten.

We are currently seeing the manifestations of an entire planet entering Aquarius together with all its ramifications. This is a time of transition for everyone, like a new butterfly emerging from its cocoon. The new butterfly is Aquarius. The dead skin left behind hanging on the branch is the old age, the old way of being. It served its purpose, but now it’s time to move on.

On January 12th we began a new series of alignments that are part of the stepping stones leading us into Aquarius over the next full year and beyond. These alignments will be between Jupiter, Saturn, and Pluto. On the 12th, Saturn conjuncted Pluto, the first of that series. Here’s what the NYTimes week in review had to say:

“…a new account shows just how close the countries came to the brink of war. The story of seven days in January- in which the U.S. killed Maj. Gen. Qassim Suleimani in a targeted strike and Iran retaliated days later- and the secret planning in the months preceding it, ranks as the most perilous chapter so far in President Trump’s three years in office . . .”

“The president’s decision to ratchet up decades of simmering conflict with Iran set off an extraordinary worldwide drama . . .”